Outdoor adventurer Lars Monsen has achieved his own place in Norwegian folklore with millions of Norwegians following his extreme lifestyle and daring expeditions on his TV series and in his books. In this personal and open-hearted biography, from the pen of the Brage-prize-winning Kjetil Østli, Monsen talks about the amazing experiences from his countless expeditions, about near-death experiences, the childhood which shaped him, his heroin-addicted brother, and an alcohol intake that could have sent his life in another direction. Monsen made a choice, early on, to live on the fringes of society's demands and expectations. Now, for the first time, Norway's most fabled outdoorsman talks about what shaped him, what drives him – and what life has done to him. 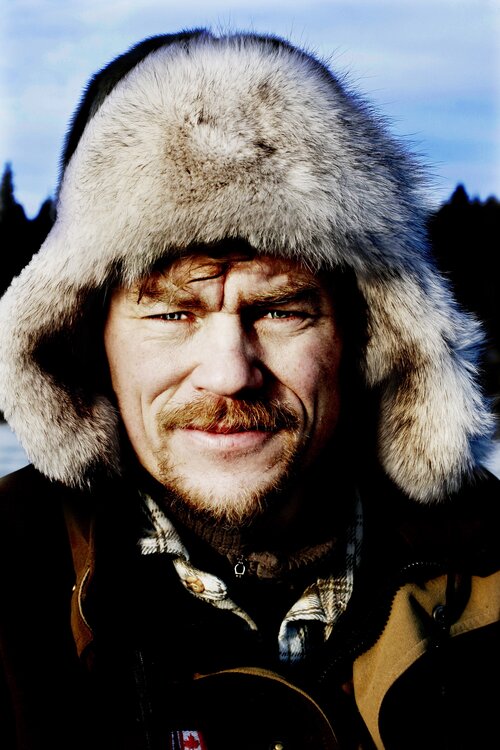 Lars Monsen (1963–) spent most of his childhood in the forests outside of Oslo and in the mountains of Nordland. After college, he worked for two years as a teacher before quitting to become a full-time wilderness trekker. Since then he has covered thousands of kilometers of the most desolate wilderness on the planet. He has written 15 books and has held a series of lectures for clubs and businesses.

Kjetil S. Østli (1975–) is a journalist with the weekly magazine A-magasinet. He has received both the Arne Hestnes Prize and NTB’s Language Award, and has been hunted by Norwegian publishers for many years. With Politi og røver Kjetil Østli finally made his début. This earned him another prize; the prestigious Brage Award.

Biographies and memoirs
Aksel Lund Svindal
Greater Than Me
2019