Jon Larsen
On the Trail of Stardust
The Guide to Finding Micrometeorites: Tools, Techniques, and Identification 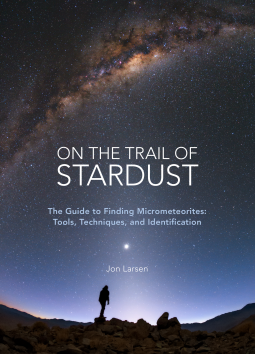 On the Trail of Stardust puts the heavens in your hands—in the form of cosmic dust, or micrometeorites. With this handy guide from the author of the international bestseller In Search of Stardust, Jon Larsen, you will learn how to find micrometeorites in your own neighborhood!

Stardust—also known as micrometeorites—is the oldest matter anywhere. Nothing has traveled farther to reach Earth. For a century, scientists have searched everywhere for stardust, but only found it in remote areas like Antarctica and, more recently, outer space. Author and citizen scientist extraordinaire Jon Larsen was the first to find them in populated areas. With this book, you too can discover stardust as near as your own rooftop!

Following his successful debut, In Search of Stardust, Larsen turns his attention from explaining the formation and various kinds of stardust to revealing his methods and techniques for finding micrometeorites in a compact, durable guide. Larsen covers everything from the origins and formation of micrometeorites to assembling the simple array of gear needed to get out there and find stardust in your own neighborhood, rooftop, or rain gutters.

Once thought to exist only at the bottoms of oceans and atop polar ice, it turns out that stardust is everywhere…and On the Trail of Stardust is your indispensable tool to finding it for yourself. 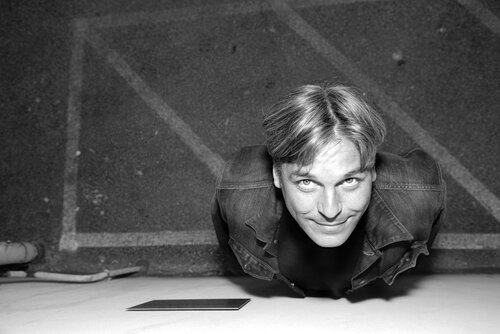 Jon Larsen (1959) is a jazz guitarist, record producer, surrealist painter, and scientific researcher. He is the founder of the group Hot Club de Norvège, and has produced more than 450 jazz records. He has played with both Frank Zappa and Chet Baker, among many others. In 2007 he received the Buddy Award for his lifelong contribution to jazz.

He is currently a guest researcher at The University of Oslo at the Department of Geosciences.