In search of stardust
Micrometeorites and other spherules 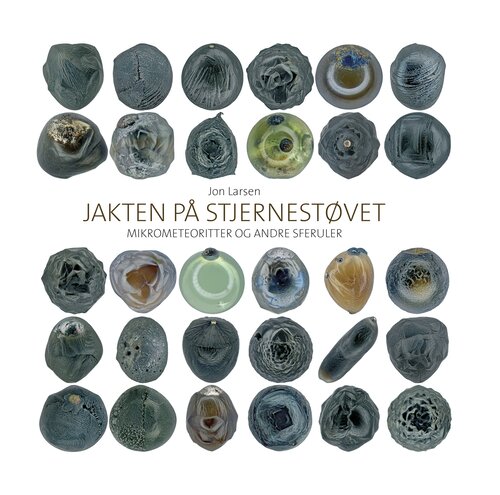 The solar system is a dusty place. Every day approximately 100 metric tons of cosmic dust collides with Earth, mainly in form of micrometeorites. Most of these mineral particles are smaller than grains of sand, and they are falling down on us all the time and all over the globe. Still, little is known about these exotic extraterrestrials.
In search of Stardust is the first comprehensive popular science book about micrometeorites. It's also a photo documentary comprising more than 1500 previously unpublished images: the first atlas of micrometeorites, hundreds of which are depicted here in high-resolution microscopic photography and in scanning electron microscope imagery.
Author Jon Larsen shows readers how and where to look for micrometeorites, explains the history of micrometeorites, and offers chapters about micrometeorite formation, classification, and analysis.
Thanks to Larsen's work, for the first time it is now possible for anyone to find these amazing tiny stones from space. For more than a century it was believed these incredible space objects could be found only in pristine, unsullied environs like Antarctica and ocean floors. Larsen became the first to break the code and find micrometeorites in populated areas - in fact, they can be found in the nearest rain gutter. In the book Larsen explains how anyone with a bit of inexpensive equipment can find their own little piece of cosmos and hold it in their hand.

This book is worth buying for the pictures alone; it is a fantastic aid to micrometeorite hunters"

In search of stardust is a visual extravaganza... and will undoubtfully wow you.

“You don’t have to be a scientist to enjoy In search of stardust, just someone who wonders what’s beyond Earth’s borders. The book is a reminder that space isn’t far away: If you look carefully, some of it is right in front of you.” 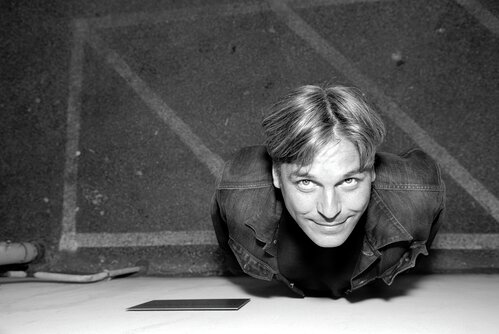 Jon Larsen (1959) is a jazz guitarist, record producer, surrealist painter, founder of the group Hot Club de Norvège, and has produced more than 450 jazz records. He has played with both Frank Zappa and Chet Baker, among many others. He has received several awards for his musical work and published several books.
Being always curious, Jon Larsen started the search for micrometeorites in 2009. His breakthrough came in February 2015 with the verification of the world's first micrometeorite discovered in a populated area. In January 2016, Dr. Matthew Genge at The Natural History Museum in London evaluated and verified Jon Larsen's Collection of "urban micrometeorites".
Since then Jon Larsen has been holding lectures all over the world. Even NASA has invited him over for more information, in order to learn more about micrometeorites.

The Buddy Award for his lifelong contribution to jazz (2007).