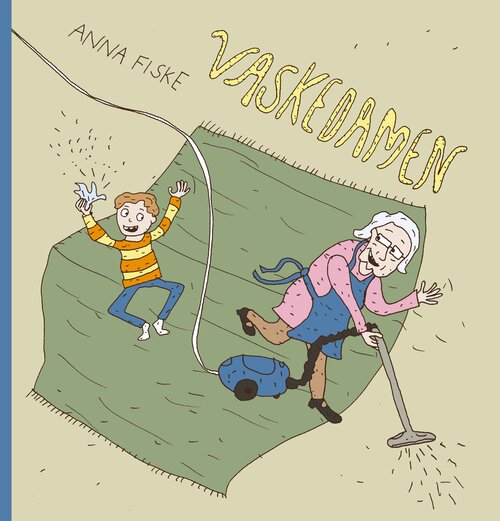 — Are you rich, or something, since you’re hiring a cleaning lady? her friends ask Lotten.
–- No, Mom and Dad just get so tired because of work, and then there is so much hassle with two children, Lotten responds.
But who is she, the cleaning lady? What's it like to have a cleaning lady at home? And what will it be like when she’ll vacuum in Lotten’s room?

Anna Fiske (b. 1964) grew up in the south of Sweden, but now lives in Oslo. Her one-woman-magazine Rabbel with comics for children has won a number of prizes. She also makes comics for an adult audience.
Her work for children is in the great Scandinavian tradition of children’s literature, i.e. Tove Jansson and Astrid Lindgren.